1
1
Name:
Mass Effect: Legendary Edition
Rating:
Category:
Gaming Companies / EA / Genres / RPG
Developer(s):
BioWare
Publisher(s):
Electronic Arts
Director(s):
Mac Walters
Release date:
May 14, 2021
Platform(s):
Win, PS4, XBO
Mass Effect: Legendary Edition is an upcoming compilation of the video games in the original Mass Effect trilogy: Mass Effect, Mass Effect 2, and Mass Effect 3. It is being developed by BioWare with assistance from Abstraction Games and Blind Squirrel Games, and published by Electronic Arts. All three games were remastered, with visual enhancements, technical improvements, and gameplay adjustments. Mass Effect, the first game of the trilogy, has received more extensive upgrades than its counterparts, specifically with regards to combat mechanics, vehicle handling, and loading times. The compilation was announced on November 7, 2020, and will be released on May 14, 2021 for Microsoft Windows, Xbox One, and PlayStation 4. 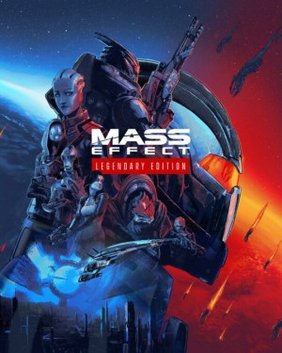