Resident Evil Village is almost here. So far, the game has been described as a direct follow-up to Resident Evil 7 with heavy inspiration from Resident Evil 4, but it also features the most open environment in the survival horror franchise yet. 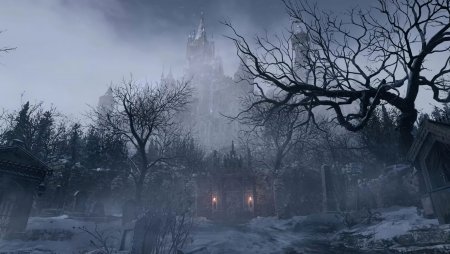 CAPCOM Game Director Morimasa during his interview with  IGN said:

This is indeed one of Village’s newest evolutions. We’ve prepared a more open environment, and basically we just tell the player to go and have fun with it, which is something Resident Evil hasn’t done before. While the main story still advances in what we think is the best order to experience it, it is totally possible to ignore the objectives and just get lost in the game’s world. There are many houses you can completely ignore, but as we feel it’s important to reward the player’s eagerness to explore, there will always be something interesting to discover. We really put a lot of effort into making Village’s exploration worthwhile.
The fact that Village has so many optional things to do makes it very different from previous installments in the series. I’d almost go as far as to say that we prepared too many detours, so if you want to experience everything, it’s really going to take you a long time.
Resident Evil Village is out on May 7th for PC, PlayStation 4, PlayStation 5, Xbox One, Xbox Series S|X, and Google Stadia (where everyone opting to pre-order the game will also get a free Stadia Premiere Edition with Chromecast Ultra and Stadia Controller).