Marvel’s Avengers’ nature as a live service game is something that has stirred up a fair bit of controversy ever since the game was officially announced, but Square Enix have high hopes from the game exactly because of that model. 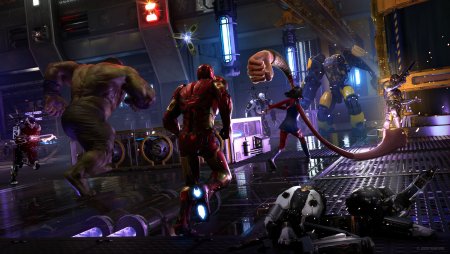 In a recent financial briefing, Square Enix President Yoseku Matsuda said that the company has “very high” expectations from the game, and that their view on its extends beyond just its launch sales, with plans in place to add “powerful” post-launch content to it to keep its commercial viability going.

“Our expectations are very high.Since it will be a title with GaaS (Game as a Service) features, our operations after the game goes live will also be key, not just initial sales on launch. We hope to build excitement around the title by rolling out powerful add-on content.”
Marvel’s Avengers launches on September 4 for the PS4, Xbox One, PC, and Stadia, and later in the year for PS5 and Xbox Series X.
Marvel’s Avengers Marvel’s Avengers news Marvel’s Avengers Post-Launch